There were once four gates into Bath, developed by King Alfred in the Saxon period. These were rebuilt in the medieval period and then again by the Georgians before being destroyed completely. 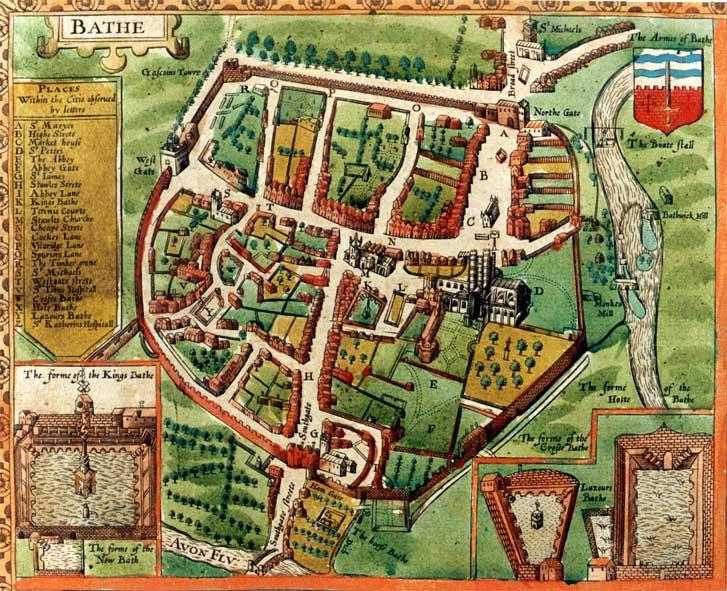 South gate stood at the bottom of Stall Street, where it met the old wall (no longer there) at Lower Borough Walls. Stall Street is named after the ancient church, now long gone, called St. Mary de Stall, being dedicated to St Mary of Bethlehem. South gate was reputed to be the finest of the Bath’s gates. In 1530, a visiting antiquarian called Leland describes entering the city through a “great stone arch,” which stood “on the centre of the bridge of five stone arches”. It was rebuilt in 1362, eleven feet wide and fifteen feet high and was ornamented with an enthroned statue of King Edward III (13 November 1312 – 21 June 1377) with statues of Ralph of Shrewsbury (Bishop of Bath and Wells from 1329) and John de Walcot . This gate was destroyed in 1755. 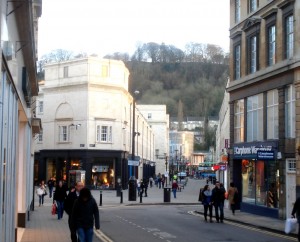 Southgate, Bath which lead down to the old crossing point over the River Avon in the distance

The North gate was known as the “toune gate” (Town gate) as a result of Queen Elizabeth I receiving the keys of the city (she granted Bath city status in 1590). It may have had a tower and most certainly had a statue of King Bladdud (now mounted in the Roman Baths). This gate was pulled down in 1776.

West gate was granted to the Grammar school in 1553 and rebuilt in 1572. It was expanded to accommodate the royal families when they visited Bath. Over time this expanded to become a mansion and palace for King James II (1687) and the Prince of Orange (1734).

Similar to other gates, the west gate was removed in 1776 by the Georgians to make the roads wider (and they seemed to dislike the earlier architecture). 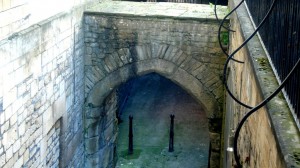 The East gate (or lot Gate from the Old English Ludgeat which meant postern) is still visible, below ground level (at the medieval level of the old city). It leads out to the quay where the Horseshoe Weir is now situated. The gate was protected by strong doors and a large lock, the hinge of which  can still be seen on the gate. 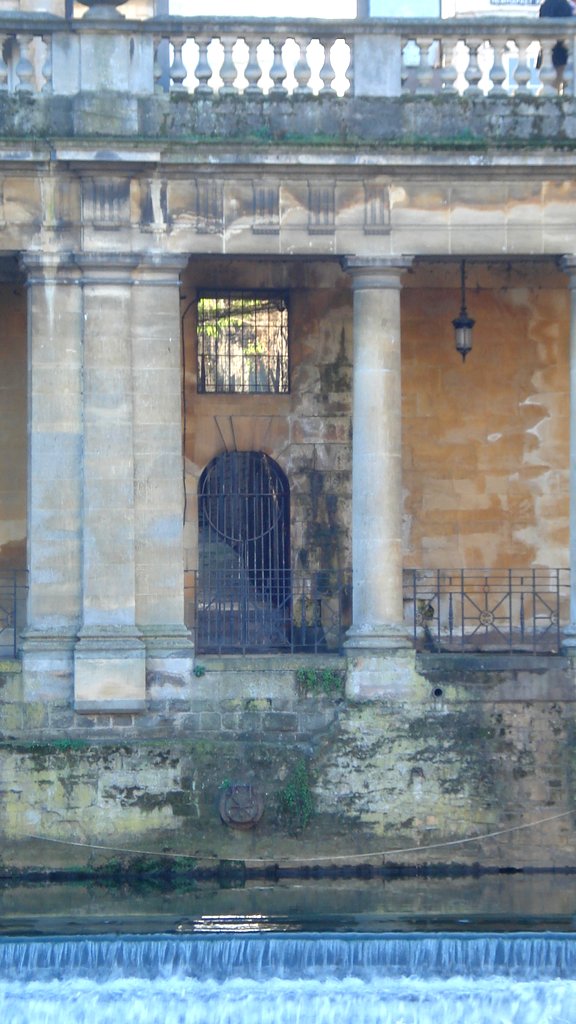 Close to the East gate, where the old street level emerged onto the quay