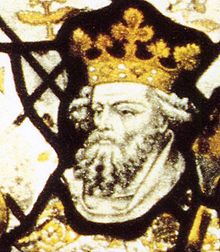 King Edgar was “the first King of England” and together with St Dunstan launched his reforming campaign from Bath to bring church and state much closer together and set the course of English history.

Edgar was the younger son of Edmund the Magnificent and Aelfgifu of the house of Wessex. His rise to power starts in 957 when nobles of Mercia,unhappy with Edgar’s brother Eadwig, made him king generic viagra of England to the north of the Thames. Edgar became king of a united England in 959. 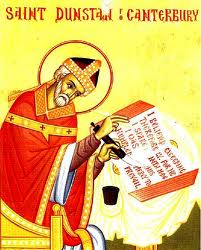 Dunstan was born 909, close to Bath at Baltonsborough near Glastonbury. His fortunes rose and fell with various Kings of Wessex. He was exiled in 935 from court of King  Athelstan for ‘studying the vain poems and futile stories of the pagans and of being a magician’. He was however ordained as a priest and lived as a hermit in Glastonbury, studying painting and metalwork. In 939 under Wessex King Edmund he was recalled to court as abbot of Glastonbury. He restarted monastic life in England following the rules of St Benedict and started the order of Benedictine Monks that lasted 500 years unchanged. He bought back to Glastonbury new blood, disciples  and money. This of course made him enemies and in 955, under Edwy he was exiled to Ghent in Belgium, where he experienced new ideas on the monastic order.

And so, when King Edgar was made King of England, Dunstan was once again called back and made Bishop of Worcester, London and then Canterbury and began a collaboration between church and state that underpins much of English history. King Edgar’s delayed coronation was in Bath’s old St Peter’s church (where the current abbey now stands) on Whitsunday 973. The delay allowed for a well orchestrated and symbolic event.  Whitsunday is connected with the ‘baptism’ of the apostles by the holy spirit, 50 days after Easter. It signifies the moment when the apostles were given the power to speak in tongues – to speak to the believers and more importantly unbelievers in their own language and convert them. Dunstan devised the text and ceremony for the occasion, which formed the basis of all the coronations of English kings and queens since. Indeed the tradion echoes in Bath’s local traditions. For many years a local and symbolic Bath king would be chosen each year. Beau Nash for example was referred to as the “king of Bath”.

From this launch in Bath, King Edgar moved quickly to gain the submission of the other provisional Kings (some 6 or 8 of them) at Chester whilst Dunstan continues to structure the church around the Benedictine way and tie the church and state together. It is perhaps not too much exaggeration to say that the future of English history was launched from Bath in the reign of King Edgar.