To get a sense of the original state of the roads from Bath to London, and the difficulty of traversing them, you have only to walk the old coach road that rose up from Bathford to Kingsdown. Bathford is a village a few miles east of the city of Bath and once carried all the main routes East and so to London.Bathford Hill was a difficult climb that every traveler to and from Bath from London had to make. It is a mile and a half directly to the top and rises nearly 500 feet. The Oolitic limestone shelf that Bathford village sits on becomes a very steep escarpment.

The old coach road starts up Bathford Hill and turns left down Ashley road which now turns into a dirt track. 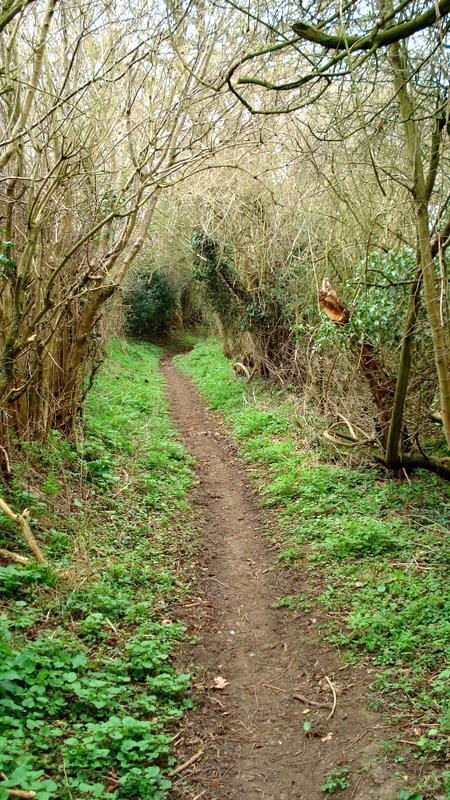 The old coach road as it is today, climbing Ashley Road up Bathford Hill

The route continues across a stream where you can still see the original Oolitic Limestone pavement, required to stop the coaches becoming stuck in the mud from the spring.  As you reach a field the track turns right and ascends till it reaches Wormcliff Lane. Here it turns sharp right and climbs a very steep section. It meets Lower Kingsdown Road and proceeds straight uphill, onto a footpath that emerges onto the golf course just by the 1930’s Chapel building. 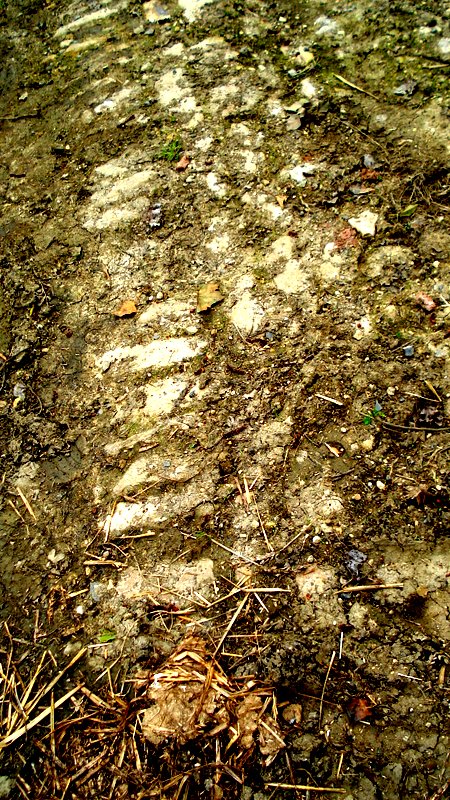 Queen Anne, during a visit to Bath at the turn of the 18th Century, is said to have got stuck and nearly rolled backwards, as her carriage attempted the ascent of Bathford Hill. 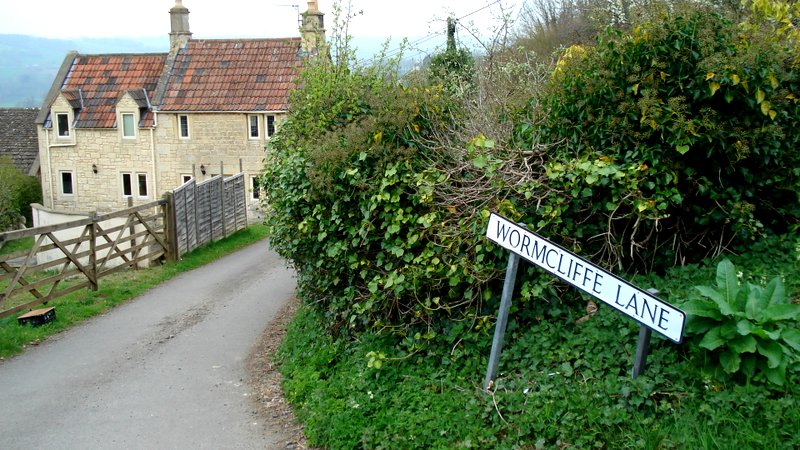 In his 1871 History of Bathford, Henry Duncan Skrine (from Warleigh Manor in Bathford) remembers “the heavy coach, pulled by four bang-tailed bays” that would convey his family up Bathford Hill.

Horses would have been kept in the field behind Ostlings Lane (still known by some locals as Horses Lane) and the Bradford Road to take coaches up the Bathford Hill. At the top the horses seem to have gone as far as stables at “Jockey” (The Old Jockey Farm in the village of Bluevein) and returned back down to Bathford. The land on the fields close to Bathford is known as “horselands”. It was thought to have been where the Roman Cavalry exercised but the name probably came later. It is however close to the site of Roman buildings and a high status Roman Villa.

Of course, the Roman’s needed to ascend this hill as well. They chose a different route. You can still see the course of the Roman road on Ordinance Survey maps. It runs east from Bath, through Batheaston and is usually labeled the Fosse Way on this stretch. At the bottom of Bannerdown it splits between the Fosseway and the Via Julia which continues through Bathford. The Via Julia is an important east/west Roman road that ran to the ancient port of Sea Mills near Bristol called Abona /Abonae by the Romans. The exact route of the Roman Via Julia through Bathford is not know. 19th Century writers such as H D Skrine report that it ran up Court Lane and directly up the hill. Mr Skrine remembers seeing the Roman road, several feet below the level of the land but reports that it was so slippery and dangerous that it was filled in by a local Major Pickwick to protect pedestrians. Others believe it ran up through what is now Dovers Place.

Between the Fosse way and the Bathford lies the A4 London/Bath road, following the valley but this started as a very local road. It was not till around the mid 18th century that the toll road from London to Bristol was altered to pass through Bath and the London/Bath Road that is the A4 got it’s name. The first tollroads were intoduced into Bath in 1707 – not surprisingly by Queen Anne (perhaps after her eventful trip up Bathford). The money from the tolls improved the road and allowed mail to arrive and be delivered quicker from Bath. Before the turnpike improvements, a letter from Bath in 1684 took about 3 days going via a postal office in Marshfield (north of Bath) on the Bristol Road.  Journey times during the Turnpike era fell with the improvements from 2 days in 1752 to 38 hours in 1782 and 18 hours by 1836. Royal Mail coaches in 1836 were able to do the trip in 12–13 hours.Ralph Allen drove some of these improvements when he was post master of Bath between 1719 and 1763.

Attempts were made to improve the road through Bathford including “flattening out” Bathford Hill. At the bottom of the hill you can see that the doors and pavements are not at the same level. Earth was moved to reduce the steepest part of the hill.  But the A4 through Box became the major route to London, as competition for the quickest routes drove road development. The trains arrived in the 1830s and took the mail and delivered much faster transport between Bath and London for those that could pay for it. Bathford even had it’s own small halt.