The Battle of Deorham (present day Dyrham) in 577 AD was a pivotal battle in Bath and Britain’s history, when the West-Saxon’s defeated the post Roman Britons. 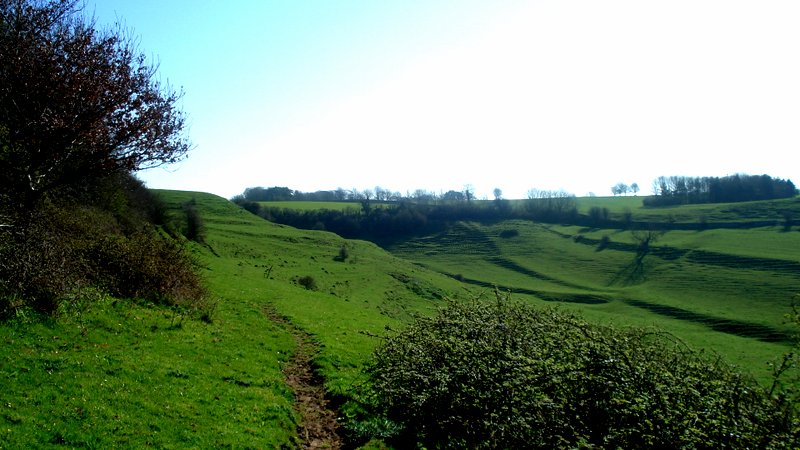 The intention of the West-Saxons, lead by Ceawlin, to occupy western England in the 6th century was clear. The post Roman small kingdoms of Bath, Cirencester (Corinium) and Gloucester (Glenvum) must put aside petty feuding and make a stand against the Saxon advance that had already won victories against the Britons to secure Oxfordshire and Berkshire. Western England along the River Severn and Avon were fertile lands, rich with resources, waiting to be exploited by the Saxons, but not without the control of the Saxon army. Following victories at an unknown location called Bedcanford (taking Limbury, Aylesbury, Benson and Eynsham), the Saxons would have wanted to maintain some momentum against the Britons. The Saxons appear to have expected, perhaps through information extracted from prisoners or spies, that they would face a somewhat unified force from Bath, Cirencester and Gloucester if they wanted to take and occupy the Severn Valley. They therefore planned to travel west, on high land, clear of wooded valleys, with a supply of water. So Cuthwin (Cuthwine) and his father Ceawlin surprised and overpowered the Britons at the hill fort of Hinton Hill in order to draw the attack from the combined Bath, Cirencester and Gloucester armies. Hinton lay close to the old Roman roads in the Portway and Fosse way, from Bath to Cirencester, which was the major north-south route with large forests to the East and the marshy Severn Valley to the West. The three British-Celtic armies would all have to traverse different terrain and synchronise their attack and Hinton was well protected due to the steep escarpment slope on the west and south, but not so well defended eastwards. The Saxons, then, took Hinton and re-enforced the defences of the Hill fort and waited. We do not know how coordinated the attack was or what the strength of numbers were on either side. However, we know that the Saxons won, ultimately.

The Anglo Saxon Chronicle has the following entry from 577 AD:

“This year Cuthwin and Ceawlin fought with the Britons, and slew three kings, Commail, and Condida, and Farinmail, on the spot called Deorham, and took from them three cities, Gloucester, Cirencester, and Bath.” 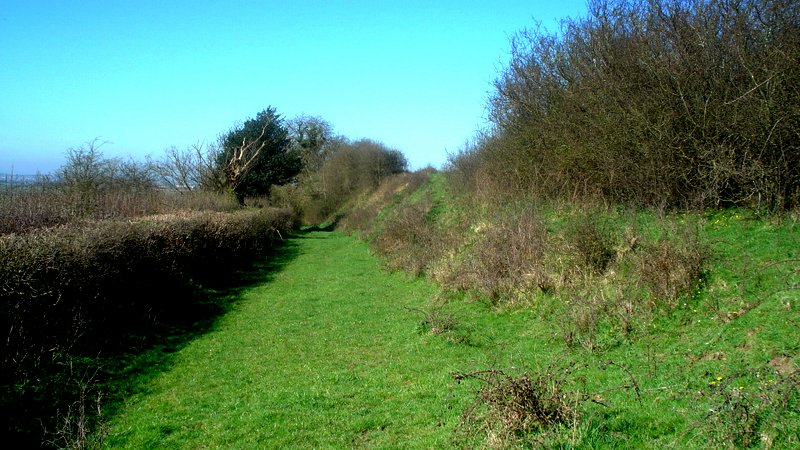 The remains of the old extension of Dunsdown Lane, that ran past Hinton Fort and was the route that Ceawlin took to capture and defeat the Britons at the Battle of Dyrham. 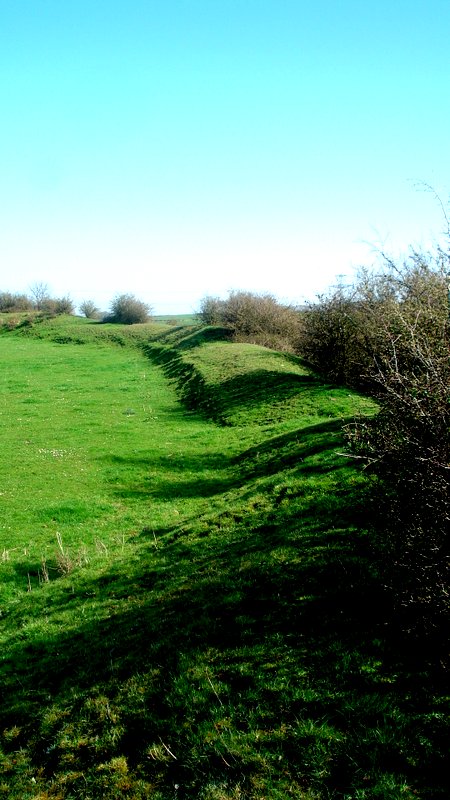 The defences to the east of Hinton Hill Fort were relatively small, compared to the escarpment slope facing South and West

The remaining Britons retreated behind a defensive ditch called the Wansdyke which forced the remaining Britons to the western reaches of Cornwall and Wales, splitting even the language. The Saxon victory was a change in British and Bath’s history, putting and end to the last vestiges of Roman Britain (since the last Roman troops had left in 407 AD) and making the Saxon’s House of Wessex the force that would give produce great kings of it’s own and take it’s own stand against foreign invaders.